The events of 9/11 have radically altered the entire discussion of Minorities - especially Muslim ones - and the issue of terrorism. As real as is the threat of al-Qaida and its international connections, many regimes of the world have seized on the US Global War against Terrorism to legitimize their own repression of Muslim and even Non-Muslim minorities. We have witnessed this in both friendly state, China and Pakistan. Most of the heterogeneous populated states consist of different ethnic communities. Each ethnic identity has different voices and demands, for the accomplishment of which, a continuous struggle is going on, influencing the national politics. Pakistan and China like other developing states of the world is also in front of identity crisis almost in there important federating units, Pakistan in Baluchistan and China in Xinjiang, with different concerns. These concerns are sometimes ethno-nationality, decentralization of powers, provincial autonomy and economic discrepancies. After the dismemberment of East Pakistan, the most sensitive and hot issue is the case of Baluchistan's ethno-national movement which sometimes in different occasions seem to be transformed to a militant or an insurgent group for fulfillment of their objectives. And same problem in china's Xinjiang in the case of the Uyghur. This sense of ethnic difference has to a large extent formed the basis of longstanding anti-Han sentiment among the Xinjiang Uyghur's. The Chinese leadership has also for decades perceived these sentiments as the presence of a separatist movement in Xinjiang. The Uyghur's' situation is complicated by the fact that Xinjiang - a vast oil- and gas-rich swath of territory in China's northwest occupying one-sixth of the country's area - is of great strategic value. The Chinese government has repeatedly emphasized the importance of interethnic harmony in Xinjiang and rapid integration of the Uyghur's into the Han-dominated Chinese society. Yet, many Uyghur's see policies intended to promote these goals as attempts to suppress their culture and religion. Xinxiang conflict is one of the most danger threats to the relation of both the countries. 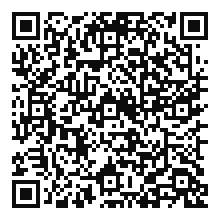 CPEC offers Pakistan an prospect to address frequent of the economic and political issues troubling the country. If Islamabad and Beijing do not guarantee Balochi companies and workers play a famous role, it could jeopardize China's premeditated gains and Pakistan's most significant development project ever. Pakistan's government cannot afford to fuel further the anger and estrangement in this province. Baluchis must have a wager in CPEC's accomplishment. If CPEC is an implemented in a way that includes Baluchis in its rewards, (through obligation of funds for development and hiring Balochi companies and workers) CPEC has the impending to pull the province out of deficiency and calm the antigovernment anger. CPEC can be a game changer for Pakistan and China, but only if it is first a game changer for Baluchistan. For a state like Pakistan, which faces severe economic and political challenges, CPEC can establish to be a wildcard which will provide a big opportunity to soothe its economy while refining associations with its neighbors and by making Gwadar a trade and economic hub of the region. For an unbalanced economy of Pakistan, the passageway will offer a solution to its troubles and will open new horizons of development by improving socioeconomic conditions of the people and by elevating their quality of life. Many Special Economic Zones are conceived to be established in Punjab, Gilgit-Baltistan, KPK, Baluchistan, and Sindh. This will eventually bring prosperity with the speculation from the budding international investors and will help Pakistan drive its economic expansion. In ultimate remarks it is said that the project of this passageway is the "game change" in this region, it would be accomplished for the affluence of this region. 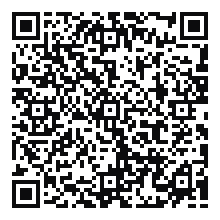 Strategic Importance of Andaman and Nicobar Islands: Implications for Pakistan

The growing strategic importance of Andaman and Nicobar Islands is now changing the dynamics of Indian ocean and maritime politics. The sea politics is now has been more tangled than before. Viewed under the theory of offensive realism proposed by John Mearsheimer that holds the concept of power maximization of states and balancing strategies to counter their rival states as all states have some offensive capabilities and countries can never be certain about the intentions of other states. The ultimate goal is to dominate. Within that context, the study aims to examine the growing strategic importance of Andaman and Nicobar Islands and its future prospects and implications on Pakistan. This paper analyzes the main indicators that India is presently working on, to develop its Tri-service theatre. The study seeks to answer the following questions a) How Andaman and Nicobar Islands are strategically important for India? b) How will the development of the two islands will change the dynamics of maritime politics and tackle increasing Chinese presence in Indian ocean? c) What will be the future implications or Pakistan? The study argues that the ANC is the significant factor for India to aggravate its control in the Indian Ocean region as it is developing its largest military and nuclear build-up. However, it can unleash negative imprints for Pakistan in future in certain aspects. 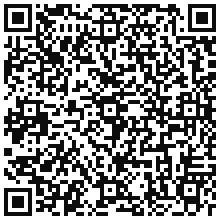 The Impact of Constitutional Provisions on Educational Achievements: A Comparative Study of Pakistan and South Korea

Education is the only opportunity for a nation to attain sustainable development among rapidly changing nations across the globe in the 21st century. For that reason education has been recognized a fundamental right to the citizens of modern states of the contemporary world. Every state has secured this fundamental right of citizens through constitutional provisions. Constitutional provisions provide a guiding framework for the action taken by the responsible authorities of the state. The current study investigated the constitutional provisions of Pakistan and South Korea for the education of general people. Both the countries have made provisions for education and both have made different attempts to realize these provisions in the true sense. The constitution of Pakistan 1973 mentioned education as a subject in Article 25A, 37, and 38 (d) which states the government will eradicate illiteracy in minimum possible time, and education at secondary level will be free and compulsory for all the citizens of the state. On the other hand article 31 of the Korean constitution explains the educational commitments of the state. The efforts made by both the states in implementing the constitutional provisions have made the difference in the educational achievement of both the states. Pakistan having 58% literacy rate as compared to 99% literacy rate of South Korea illustrate the variations. All the governmental policies have three elements; Sustainability, Outreach, and Impact. Despite of sustainability and outreach sometimes desired results do not come from the policy due to ineptness of impact factor. Therefore this study will assess the impact factor of the constitutional provisions of Pakistan and South Korea prerequisite to free and compulsory quality education. 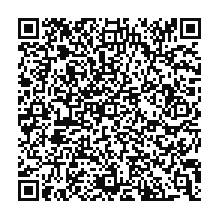 Siachin Dilemma: Strategic Importance and the way forward for India and Pakistan

The aim of this paper is to study the significance of the issue entailing military presence of India and Pakistan with a view to offer way forward to avert similar future conflicts between the two nuclear states. Ranked amongst the top five largest glaciers in the Eastern Karakorum Range of Himalayas, Siachin is situated at the average altitude of 18000 feet above the sea level. Spread over more than 700 kms, bed of the glacier is point NJ 9842. Siachin, being the highest battleground of the world, continues to be the bone of contention between Pakistan and India since 1984 which has cost immense loss men and material to the two neighboring states as a result of unfinished partition plan 1947. In the backdrop this paper focuses the history of conflict, the paper endeavors to analyze the environmental challenges and offer recommendations to resolve the long standing military conflict. 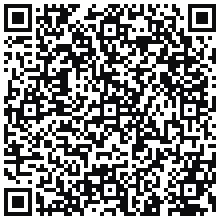 Global Pakistan Studies Research Review (GPSRR) was introduced by Humanity Only (HO) through the research project sponsored and guided by Humanity Research Council (HRC) — a sub-body of Humanity Development Society (HDS). GPSRR intends to promote qualitative and quantitative researches and findings with the help of newly emerging tools and patterns utilized in experiments, observations, interviews, analysis and surveys by encircling all major segments of Pakistan Studies and its academic and research disciplines. GPSRR is a double-blind peer-reviewed research journal which encompasses major disciplines of Pakistan Studies.